Every single day large fishing ships scoop millions of fish out of the ocean floor. They do it so efficiently to such a point that there is not a single hatchling left behind. The only thing that the trawling ships leave behind on the reefs are the coral rocks, everything else that breathes is scooped away into these giant sieves called fishing nets. In some nets the holes are so small that only water molecules can escape, there are rogue fishermen using fishing nets that look like mosquito nets. Millions of animal and fish species have already disappeared form the oceans due to overfishing, and the few hatchlings that we see swimming in the area will be gone sooner than later. Some cultures would claim that they have a traditional cuisine based on seafood that goes back many centuries, and therefore have the right to go into the deepest of oceans to bring up every fish they could find so that their culture does not die.

Well what makes you think that you are the only ones that have been consuming seafood for generations? Every other community in the world that lives in close proximity to the seas and oceans has also been consuming seafood for many centuries and millennia, all our ancestors and great ancestors were fishermen, we all enjoy fish everywhere in the world, so remember you have a right to the oceans as much as me and every other person is, it’s time to sit down now and talk some sense. If we continue with our current path, there will not be a single fish left in our oceans in the next few years. You realize that the situation of fish stocks is much better in rivers and lakes than it is in the oceans. This is because most rivers and lakes are enclosed within the national boundaries of some states and governments can easily monitor fishing activities within their fresh and salty water reservoirs. It’s much easier to regulate when the water body is located within the geographical boundaries of a single nation.

But the oceans are very open spaces, no single country can successfully police the entire oceans and regulate activities done in it, world governments do not co-operate on many other things let alone working together in combatting illegal fishing or overfishing. People have the false belief that the oceans are a vast underwater universe that provides an endless supply of fish. They think the oceans can never be depleted because it is way too big with too many fish. Every fisherman in every country in the world thinks this way. If their belief is founded on some truth, why then do they come home with less and less fish every coming year? Shouldn’t they ask themselves this question? They should at least open their eyes to clearly see what is happening around them.

Large Fishing vessels constantly Patrol the shorelines of some poor countries with weak regulation looking for an easy catch, either those countries are going through internal political turmoil and have no time to watch what’s happening on their coasts, or are under the yoke of corrupt administration that cares little about the environment or simply lack the financial resources they need to constantly monitor their maritime boundaries. 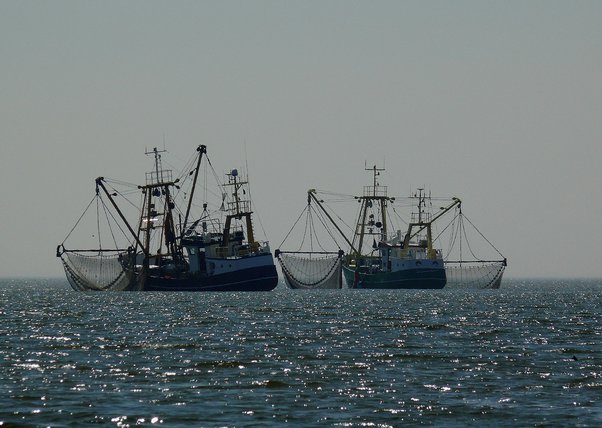 There are troubling stories in the media press that fish stocks in some parts of the world have already been depleted, the fishermen are moving to other areas in search for yet more dwindling Fish. If a fishing vessel has to leave the maritime boundary of the country of its operations, cross vast oceans, the Atlantic, The Indian and Pacific Oceans, then reach the shorelines of a different country on a faraway continent then it docks on the shallow reefs looking for fish. That says everything, if they couldn’t catch enough fish while they were crossing the oceans then that behavior tells you that the deep oceans have already been depleted of fish. In fact many images and videos you see on nature channels of vast schools of fish swimming in the oceans were taken a decade or more ago, the situation is very different at the moment.