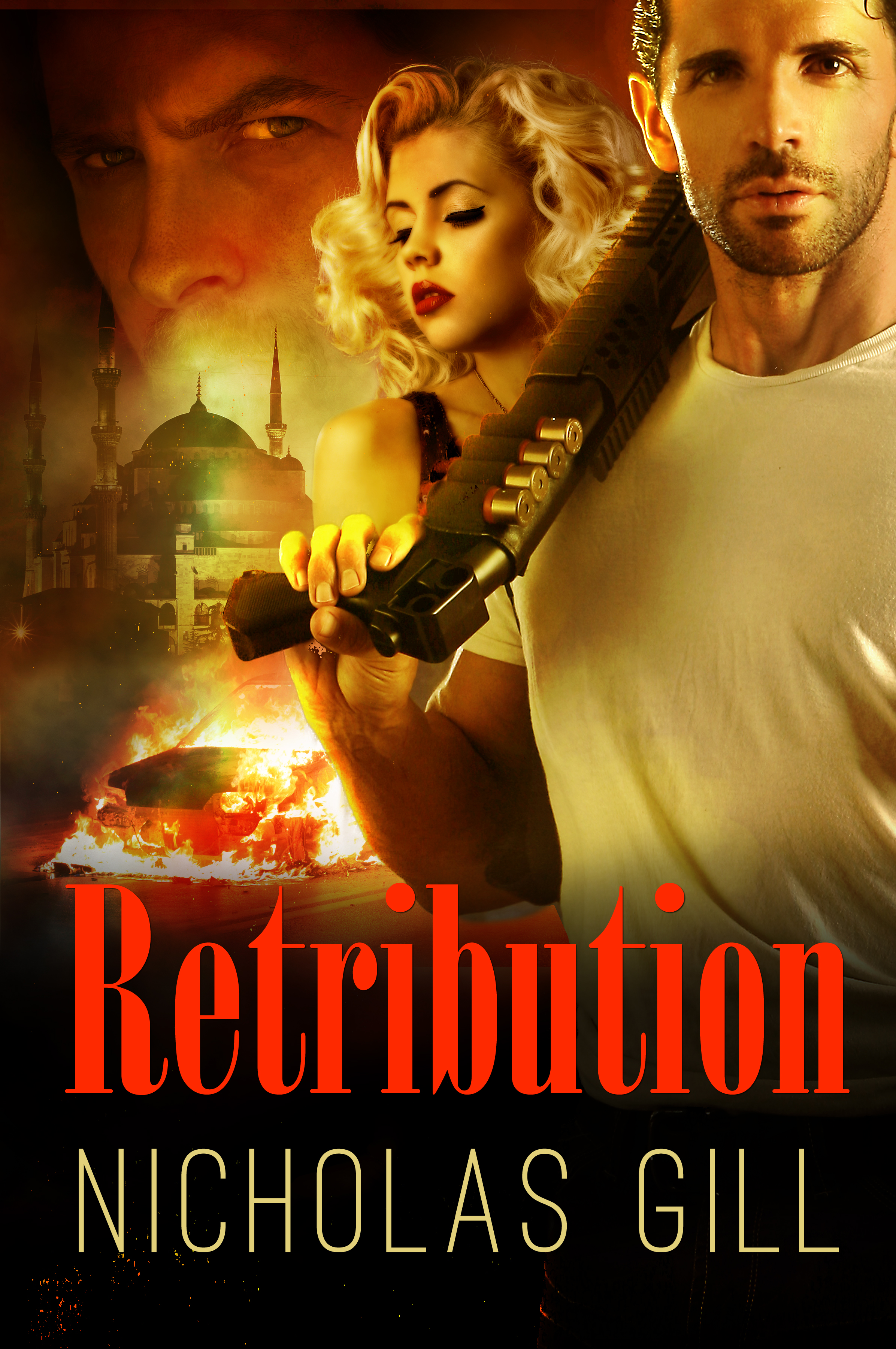 “When a terrorist splinter group carries out a series of attacks on the west, an American intelligence analyst becomes involved in events far more closely than he could ever have imagined. Forced to witness a brutal murder at close quarters, and even closer to home, he vows to exact “retribution” – whatever the cost.
The analyst becomes the catalyst in unfolding actions, and the novel becomes both a detective story to track the mastermind and an action thriller to take out the terrorist organization. Events build to a catastrophic climax; can an international crisis be averted? Can an elusive urban guerrilla be tracked and stopped? What will be the cost?
Fast paced and international in scope, this is the first novel in a series built around a set of realistic characters immersed in extreme circumstances. Technically accurate and well researched, this series of novels takes us into the world of ex special forces operatives’ now working in. the private sector.
These characters have taken on a life of their own and will become involved in many future adventures.
Read and enjoy,
Nicholas Gill.“